It’s not long now. Teams are in the last throes of preparation for the tournament as fans eagerly await the return of one of the biggest competitions in rugby. It all kicks off this Saturday, 5th February, and the second game (16:45 GMT) is set to be another crunch match between old rivals. Scotland fans will be elated to be back at Murrayfield, on home turf, and will be hoping to continue last year’s form after their first win against England at Twickenham in 38 years. Eddie Jones’s men, on the other hand, will be looking to settle the score, coming off the back of an almost unprecedented Autumn Internationals campaign.

I predict that it is going to be a battle of hearts and souls on the field, and that the scoreline is going to be a lot closer than many pundits are giving Scotland credit for. Let’s take a look at the background of both teams, and I will show you why I think it’s going to be an edge-of-your-seat clash between the auld enemies.

The two teams have competed in the Calcutta Cup and the various versions of the Six Nations and Home Nations series for so long that nobody alive today witnessed the first incarnation. Over the years, England has been the dominant side, winning the trophy 71 times compared to Scotland’s 41 – not forgetting 16 draws along the way. Many pundits are resorting to type for their Scotland vs England prediction, and you can empathise with them because of the historical 30-win difference. That being said, England were put to the sword at their hallowed ground of Twickenham, and Gregor Townsend’s leadership has taken the Scottish from strength to strength. For those reasons, I don’t think this is going to be the steamrolling that fans of England rugby are going to be praying for.

Fans and the Home Advantage

The fans, or the 16th man, provide a huge psychological boost, but few can claim to be so fiercely supportive as the Scots at Murrayfield; and with Covid-19 restrictions for outdoor events having been lifted in Scotland as of the 24th of January, the home side is going to make the most of a proper stadium feel again. That being said, England fans do like to travel for away games, but will there be enough white-and-red painted faces to offer a counter-argument or will they look more like polka dots amongst a sea of navy blue? If the Scottish support has anything to say about it, they will be cheering the wheels off the Sweet Chariot till their lungs give out.

A Look at the Squads

Looking at squads for any sport normally gives fantastic insight into how a game may turn out. Introducing Eddie Jones! – the man who makes team-sheet selection seem less like tactical finesse and more of a pull-names-out-of-a-hat situation; especially given his tendency for unconventional choices which go against players’ preferred positions. Still, it’s a difficult strategy to criticise with his recent success. Nevertheless, I am sure England fans will be hoping that he will keep his predilection for experimentation in check and that he will ultimately deliver the goods.

Decades have past since England have had a world-class fly-half. From arguably the second best in history in the form of Jonny Wilkinson, England’s hopes of glory now rest on the shoulders of Owen Farrel. The problem is that the Saracens fly-half will be out with an injury for this Six Nations, which leaves the leadership of the backs either to George Ford or Marcus Smith. There are worse positions to be in, given Ford’s experience and Smith’s exhilarating and youthful play, which led him to Premiership victory last year. Who will Jones start though? When is the right time to switch up tactics in the game? I believe decisions around this area will make a world of difference to the result, so England fans will be looking to the Head Coach to make the right call at the right time.

Both Scotland and England appear to be testing new waters with several previously untested players. The boost that uncapped youth can bring to a side, hungry to prove that they deserve a place in their respective set-ups, can add a whole new dynamic to the game. Let’s take a look at a few ones-to-watch, to see what influence they could have.

A look at form always gives a hint about the final score. Both sides managed to cap off their Autumn Internationals 2021 campaigns with three wins a piece, with only one loss to show for Scotland. England were the dominant feature of the series, however, having clawed a 27-26 against current world champions South Africa – sweet revenge for their defeat in the 2019 Rugby World Cup final. A full look at the results from the series is below.

The popular press would have you believe that this is going to go along historical lines: another white-wash for England. Looking at both teams on paper, you could argue that is the way it should go. Things never go quite to plan though.

I think it’s going to be a slog for both Scotland and England to see out the full 80 minutes. There is going to be a lot of competition around the break-down, and I suspect we will see some kicking ping-pong when legs get tired around the 60- to 70-minute mark. Overall, the Scots will be fired up from playing at home and bringing fresh new faces into the side, but I still think this will be Eddie Jones’s game to lose. My money is on an England win that will be secured in the last 15 minutes of the game.

Make the Most Out of Your 6 Nations Betting

New players on our platform can make use of our sports welcome bonus. With our welcome bonus, you bet €15 and get €10 as a free bet on us! Moreover, if you want to take your betting up a notch, our Boostiton offer gives you extra winnings on top of any accumulator bets you might want to place on the 6 Nations! 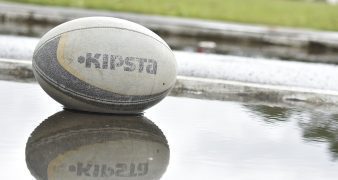 Ireland vs Wales: The Six Nations Is Back with a Bang!

Rugby fans around the world have only days to wait for the start of the exciting Six Nations Championship 2022. For most Rugby fans, this is going to be more exciting than Christmas. The action kicks off at the Aviva Stadium on the 5th of February at 14:15 (GMT), giving the Irish the home advantage […] 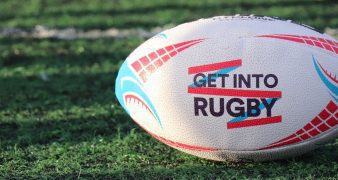 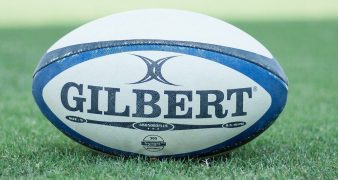